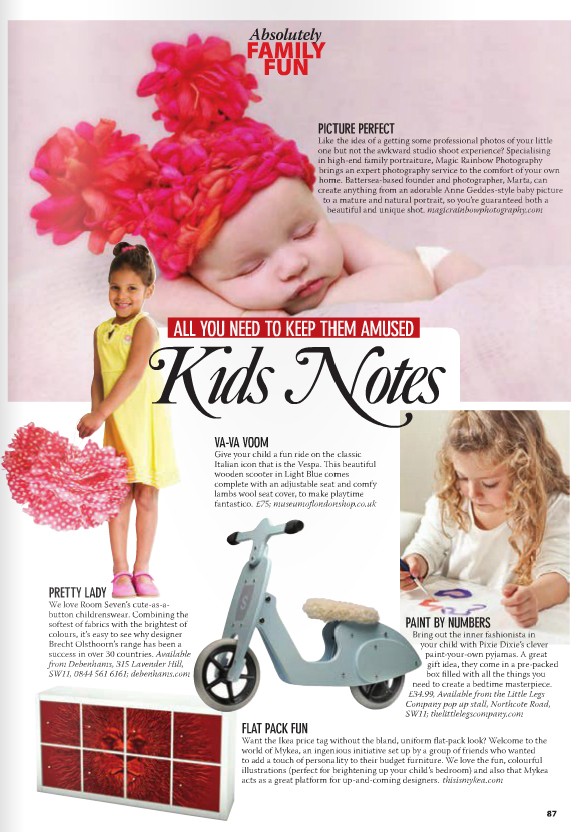 It’s the end of March and in between lots of baby photo shoots in London and various meetings I completely forgot about a magazine feature I was expecting to come out next month.

Early in February I received an email by lovely editor Georgie who was interested in including my details on baby photography London in the April issue of local Luxury magazine “Absolutely Battersea & Clapham”  Of course, this is not an offer to refuse, and  a month and a half  later the issue is out and how exciting!

Like the idea of getting some professional photos of your little one but not the awkward studio shoot experience? Specialising in high end family portraiture, Magic Rainbow Photography brings an expert photography service to the comfort of your own home.

Battersea- based founder and photographer, Marta, can create anything from an adorable Anne Geddes style baby picture to a mature and natural portrait, so you’re guaranteed both a beautiful and unique shot.

Thank you, Georgie, for the kind words!